Brooklyn Groove – “All the Answers” (Prod. by Official Status) (@officia1status) 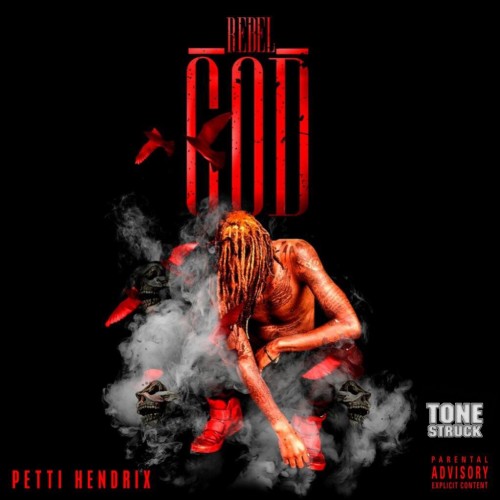 “I am determined to place myself among the elite in Rap Music and I will
let no one outwork me or stand in the way of me achieving my goals in life”.

These powerful words are the the foundation for a young man out of Milwaukee
Wisconsin’s gang infested slums who records under the name of “Petti Hendrix”.

These are also the words of a young man who is “homeless”.

Currently filming the TV pilot known as “The Product”, the Rap/Rock recording
artist “Petti Hendrix” blasted onto the Milwaukee and Mid-West club circuit during
the last few years and during that time his name has continued to grow within the
undergound music scene based upon his energetic Rap style and charisma on stage
and via the recording booth with the various material he has released on the internet.

Not wanting to go into detail about the reasons for his homelessness at this point in
his young life, “Petti Hendrix” bluntly stated “All that matters to me now is to let the world
hear my music. That is what I live for. I feel I have the ability to affect people in a positive
way because they will feel my passion and they will feel the truth in my lyrics. I go hard
with what I do and ain’t no other artist ever gonna outwork me. Whatever lead me to this
point in life is unimportant now. I’m locked on the future. There’s a plan for me”.

Deeply involved in that plan is Mr. Kimble “KB” Wheeler, who is the Mid-West music
marketing/promotion executive who first discovered the young artist during one of his
shows in the Milwaukee area.

Mr. Wheeler was so impressed with what he witnessed on stage from the young artist
that immediately after the show he arranged a meeting so he could open up a discussion
about the two of them working together.

During the meeting, the two young men came to find out that they had the exact same
outlook on business matters and shortly thereafter, they worked together to structure an
recording agreement that would eventually take “Petti Hendrix” to the Southern California
based independent record company known as “ToneStruck Records” which initially came
into the music industry via a world-wide distribution deal with Warner Bros. Records a few
years back.

Mr. Wheeler also was able to present video footage of a live performance from the artist to
a film production company executive who was developing a TV pilot based upon the lives
of developing artists/filmmakers from inner cities across the country and that executive was
so intrigued by the young Rap artist and his story, that he scrapped the company’s recently
filmed debut episode of the show and started filming the new segment on “Petti Hendrix”.

Currently recording his debut album entitled “Rebel God” for his ToneStruck Records debut
release in 2016, “Petti Hendrix” is focused on one thing and that one thing is to record the
most “dynamic debut album for any artist in his genre of music” and to pour his heart and
soul into each performance he does.

Below, please click on the link to the TV pilot trailer featuring “Petti Hendrix”
https://m.youtube.com/watch?v=X0eWx6xRsuo

My Blood, My Sweat, My Tears (Book)

Jewel Caples a.k.a Jewell a.k.a the first lady of Death Row Records, has taken the time to give you a personal invitation to listen to the story of her life.

The First Lady Of Death Row Records is finally ready to give the world what they’ve wanted to know for years about one of the most notorious rap music labels in history. Find out what it was really like working with some of the biggest names in music like Dr. Dre, Snoop Dogg, Easy E, and Tupac…. From the Most Dangerous Label In The World!

WCA Bangers of the Week!

Theme by Anders Noren — Up ↑